Ex-USMNT winger Eddie Lewis has advised Gregg Berhalter’s men to “keep the score close” against rivals England and then better Wales’ result against Iran in their final Group B game – but claims “anything is possible” at a World Cup.

The ex-player from Fulham, Preston North End, Leeds United and Derby County took part in two World Cups for the Stars and Stripes.

His first involvement was in 2002, and was part of the most successful American tournament in a World Cup since 1930, when the USA reached the quarter-finals only to lose to Germany (0-1), who would go on to lose to Brazil in the final.

Almost 90 years ago, the United States reached the semifinals of what was the first-ever World Cup — the team’s best finish at a major international tournament to date.

Lewis also appeared at the 2006 World Cup, when the United States crashed out of the group stage after losing to the Czech Republic, drawing with Italy and losing again to Ghana. In total, the California native played for the Stars and Stripes 82 times, scoring 10 goals between 1996 and 2008.

The USA – the second-youngest team at the World Cup with an average age of 24.7 – face a tough task playing rivals and favorites England on Friday

“If you ask my heart or my head, there are probably two different answers,” Lewis said when asked about his prediction for Friday’s game in Al Khor – about 51 miles north of Doha, Qatar’s capital.

“I think the logical approach is that now you kind of want this group to become a goal difference group to some extent. You want to keep it close with England and then try to make sure you beat Iran by more than Wales do, but you know, you’ve seen some interesting results already, so anything is possible in this World Cup.

According to the former UCLA Bruin, recent upsets, including Saudi Arabia’s 2-1 win over favorites Argentina, have made fans “understand that the world is getting a lot smaller” when it comes to “soccer nations as dominant players.”

“Anybody can put together 11, 12 or 15 really, really good players, so I think we’re going to see more of these kinds of results, just like we’ve seen today,” Lewis added, referring to Japan’s late comeback against four-time champions Germany (1-2) on Wednesday.

Asked if the Stars and Stripes have the tools to pull a few results in their favor, knowing that 17 of 26 Americans on the current roster play in Europe, the former LA Galaxy player, who took the field alongside David Beckham from 2008 to 2010, said: “As for these players today, they’re a young team but they’re so talented and they’re already playing at big clubs in big leagues and I think really it’s just about getting a bit more international experience .

“But they are certainly ready and able to go to heights that the United States has never gone to, and I hope that they do!”

“They are so talented and they are already playing in big clubs in big leagues,” said the former winger.

“These guys are on the younger side, but they’re all professionals,” Lewis said of some of America’s top prospects, who include 20-year-old Giovanni Reyna, as well as Yunus Musah and Joe Scally, both 19.

“They have played consistently in top leagues around the world. A lot of people play in England, so they are very comfortable with English players and the English style of play, the ex-winger said of the likes of Chelsea striker Christian Pulisic, and Leeds United’s favorite American duo – Brenden Aaronson and captain Tyler Adams.

– I don’t think there are big expectations for the team. If anything, England are probably the team under the most pressure, so it’s really just about going out and playing freely and really going for it. We’ll see what the result is.’

In 2002, the USA reached the quarter-finals before being knocked out by Germany (pictured)

Speaking about his experience of being part of the Stars and Stripes’ second-best ever World Cup finish in South Korea and Japan in 2002, with the likes of USMNT legends Landon Donovan and Brian McBride, Lewis said the secret was to ‘keep the faith ‘. ‘

“I think internally that the group had its own expectations and its own kind of belief. Looking at the odds in 2022 in our group in particular, Portugal and Poland would be the favorites to get out of the group.

South Korea, who were also in our group, were a host nation and host nations traditionally do very well as well, so America was in a very difficult place in terms of their group, but it was about the belief that we were trying to prove people error.

“We had done that for most of our careers, so I think this was just an opportunity to do it on the world stage, and luckily we were able to make good on that commitment.”

Before advancing to the knockout stages, the USA beat a Portuguese team led by Luis Figo 3-2, before drawing with South Korea 1-1 and losing to Poland 1-3, collecting four points out of a possible nine.

The Star and Stripes then defeated arch-rivals Mexico 2-0 in the tournament’s round of 16 before Michael Ballack’s 39th-minute winner in the quarter-finals killed the American dream of achieving what could have been America’s joint-best finish at a World Cup.

“It was really about, at the time, moving American soccer forward into a new dimension in terms of its ability to now attract teams from Europe for its players,” Lewis said, reflecting on America’s journey in Asia 20 years ago .

“It kind of launched fandom in the US from soccer being an outsider sport to now ‘hey, we belong on the world stage,’ so you know there was so much to it [2002 World Cup] team that was trying to push that narrative and try to take the US forward, just outside of our personal careers.

“I’m so grateful to always have been a part of that team and to have contributed in the way that I did.”

The USMNT must lead the Tottenham forward to “keep it close”.

Eddie Lewis is the co-founder of TOCA Social – the immersive football game and dive venue located at the O2 in London. World Cup screenings can be booked at www.toca.social 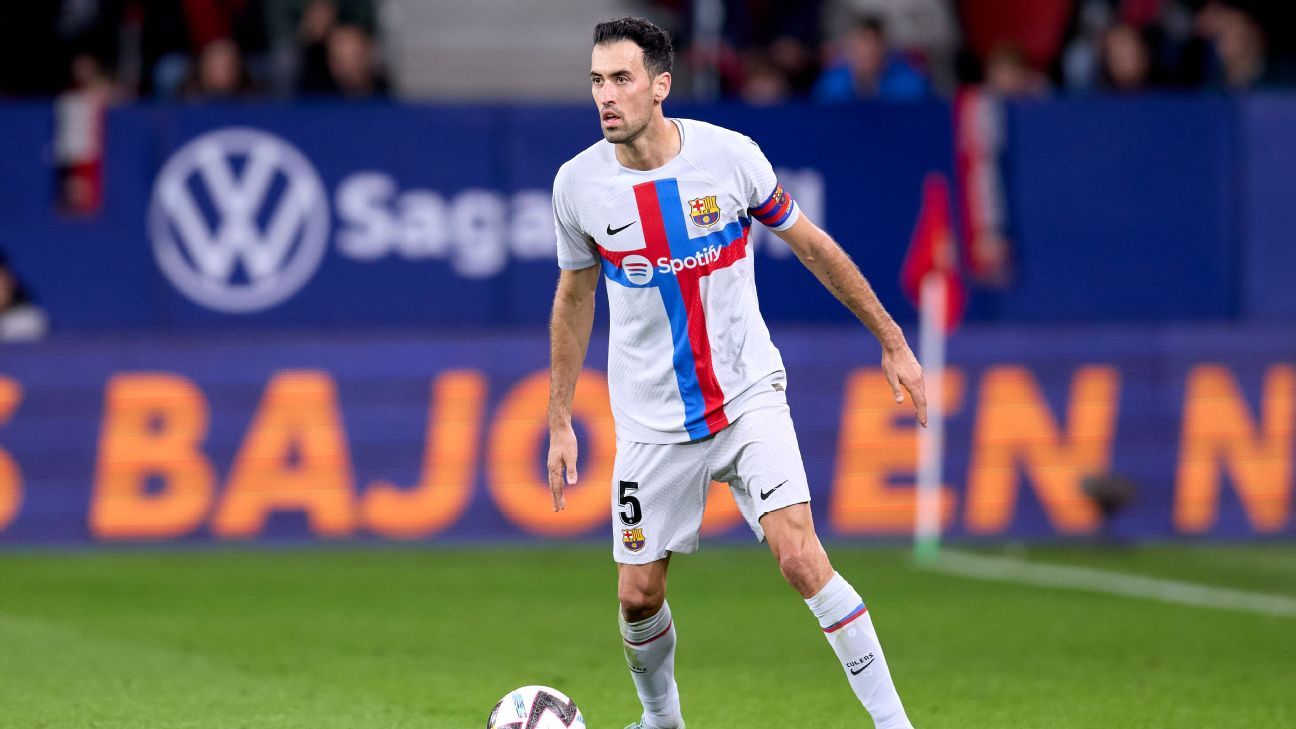 I want my future in place soon